How I Overcame My Chocolate Addiction 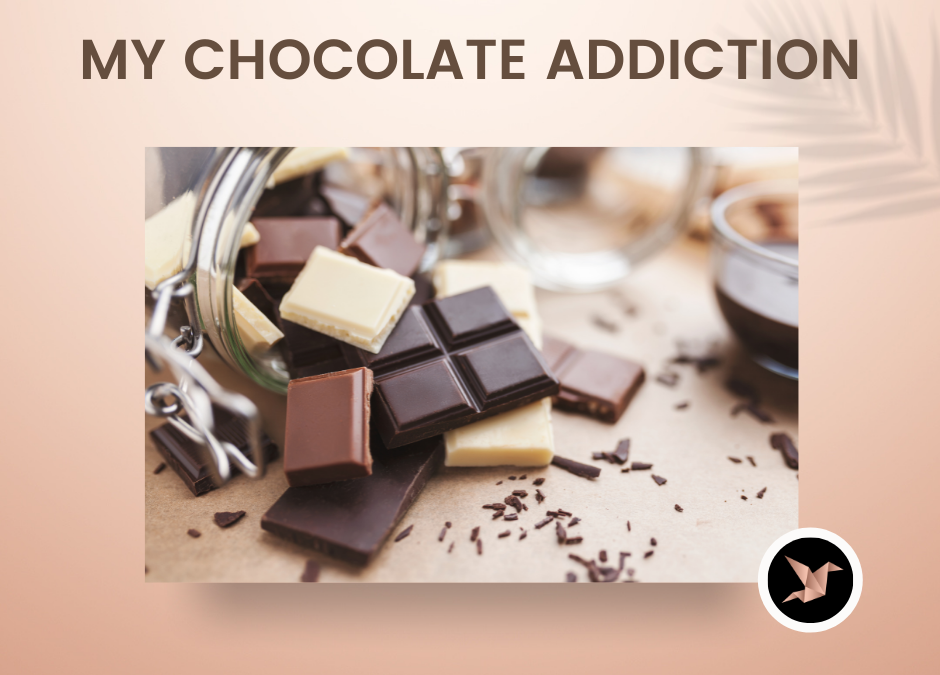 I have a confession to make: For years and years, I was a chocoholic. Even though I ate only dark chocolate — anywhere from 65% to 85% dark, still, being a Non-secretor, sugar wrecks havoc in my body real easily. (Sugar is an “avoid” for the Non-secretors of all blood types, but Type O Non-secretors are most prone to Candida infections.) Even though I knew it, it was hard to get rid of the habit, until I consciously made two decisions.

The first decision was to be aware of what lied behind my addiction. I paused to take notice of what ran through my mind and how I felt whenever I reached out for my chocolate bar. Without exception, it was always a feeling of loneliness or angst that drove me to reach for the chocolate. What were my needs at that moment? Well, I never thought about it, but this mindful exercise revealed to me that it was the need to have some sort of comfort food to make me feel less lonely, less stressed, less anxious….. Right! I turned to food that would light up the serontonin receptors in my brain and give me a quick sense of pleasure! And then I thought, well, chocolate was beneficial. Why not?

Well, this comforting thought soon gave way to cold sores, weight gain and candida flareups. I knew that whenever these symptoms cropped up, I had to stop!

The second decision was to put myself in a situation where I would be accountable for my action.

So I shared my struggles on a YouTube video and then I announced my intention to quit sugary chocolate in my private FB Group.

In a matter of two weeks, I was able to totally forget about sugared chocolate as I transitioned myself to eating only a small amount of 100% chocolate daily. That caused me no negative health issues at all! And now, I don’t even eat it every day–only a tiny piece once in a while.

It dawned on me that announcing my intention to others rather than keeping it to myself has a special effect on my action. When I did that, I was putting myself out there and holding my action accountable to you all. It’s as if you were witnesses of my promise, or commitment, to my own health goal.

Now imagine how it would help you if you had a “health buddy” to cheer you on and hold you accountable for your progress. Can you think of someone who can do that with you? Whether it’s weaning off of sugar addiction or going out for a daily jog, having a “health buddy” will get your enthusiasm firing and help you sustain your efforts.

So, today’s suggestion is for you to find that buddy among your friends or family members. Tell them one goal that you would like to reach and ask them to hold you accountable by checking in with you regularly how you are progressing.

If you can’t think of anybody who is willing to be your partner in health, consider having me as your personal coach! Click here and chat with me about it.

Hi, everyone. This is Louisa the Eat Right Chef. Today,  I want to talk to you about sugar and some practical ways to wean off of it. And some of you might have read in scientific literature that sugar is one of the most active, active substances there is. And in fact, I’ve seen a scary image of the brain and it shows that the part of the brain is activated when we have eaten sugar is the same part that is activated when people take cocaine.

So it’s the area in the brain that gets this high from eating sugar and it triggers an addictive reaction. And today, you know, the majority of processed food contains some form of sugar. And it is the best way to keep people going back and buy more and more and eat more and more. And this in turn leads to the epidemic of obesity without people actually being aware of it.

Well, what I want to really talk about today is some practical ways of weaning off of sugar. And I would just take myself as an example, because I have been such a sweet tooth all my life. And, yes, one of the things that sugar contributes to is cancer. Now, while I didn’t have cancer, I had developed several huge tumors inside me.

I realized that sugar had a lot to do with it, and my diet in the past. Before I switched to the Blood Type Diet, my diet mainly consisted of a lot of pastry, bread, cakes, noodles, pasta, you know, all these starchy things that also contain sugar, as well as drinks like coffee that contains sugar.

I thought that putting brown sugar in it was okay, that brown sugar was healthier. But it’s not, it’s doing the same thing to your body as white sugar. Well, except maybe a little bit more natural, but you know, the effect of cane sugar and other forms of sugar that I wasn’t aware of, especially high fructose corn syrup, which is in a lot of processed food,… anyway, so that way of eating was feeding it to my tumor big time.

When I realized what happened to my body, I stopped eating sugar. It was very, very hard because sugar can be found in so many processed foods. So I had to change my diet completely, and I started to cook for myself everything that I ate. Gradually I was able to get rid of most processed food in my diet.

Now, when it comes to sweet stuff, there is one thing that has been the most difficult for me to wean off of, which is chocolate. And it has been something that I’ve allowed myself to eat. In Dr. Peter D’Adamo’s book, “Eat Right for Your Type,” he did mention eating dark chocolate is okay, and moderately, you know, within the portion that’s allowed. And, so I have been eating 75%, 80% dark chocolate, and it has served me well because it fulfill my need for some dessert, and it’s still beneficial. The cacao is beneficial, for me, and for most types actually. Now, the problem starts when I would go to my chocolate bars at times of stress or because of loneliness, problems in relationships or in other areas of my life. It’s kind of like emotional eating. It’s my comfort food. So I go to it and because of the sugar content in it, once I started, I kept on eating it, until maybe half a bar was finished. Some of you may experience this and may find it difficult to put down the bar and you may eat until the whole bar has gone.

This is not uncommon. So one way for me to try to control myself is to really slow down and ask myself, what is it that I’m craving for it that I’m compensating my need by eating this chocolate bar? Then I’d do some deep breathing, and really leaning into that emotion that is affecting me at the time. Doing something that distracts me helps.

But, as long as the bar is there, it’s very easy to go to it. So recently I have decided that I don’t want to have anything chocolate bars with sugar in it, even if it’s dark chocolate. So I have consciously tried to look for 100% percent chocolate. They’re not easy to find, but you know, , I found them and you might find different brands in your supermarket.

I found these in my food co-op and this is a really nice 100% cacao artisan chocolate. So let me show you the inside, there’s a little booklet and I’ve tried it. It tastes really, really amazing, rich, and then here’s another one, 100% cacao from Ecuador. And then there’s a 99% chocolate here.

This one is kind of hard and is actually for baking, but you know, you can chew on this and it gives you a kick! There is caffeine in chocolate, so I suggest that if you don’t want to have trouble sleeping, then try not to eat it at night. Yeah, so that is one way for me to wean off of sugary sweet chocolate.

It seems to work because I actually can’t eat that much 100% dark chocolate. It kind of satisfies me and, I forgot to mention that, sometimes when you crave chocolate, it’s probably because your body is lacking in magnesium and chocolate has magnesium in it.

Magnesium is a mineral that’s responsible for hundreds of enzyme reactions in our body. So it’s very, very important. And, you know, maybe taking a bath with epsom salt would help in that aspect. You can try that as well.

Just one more thing before I sign off. There are chocolate bars that say “sugar-free.” So recently ordered some as an experiment. It’s called “Skinny Me,” Belgian chocolate squares, no sugar. And when I received that, I found that the ingredients contain dextrin and erythritol. Okay. Any kind of alcohol from sugar and dextrin comes from corn. They are not good. You know, anything derived from corn is inflammatory. So avoid those. I have not touched those since I received them. Anyway, so here are some tips and the idea is, if you want to get out of a habit, do it gradually. And work with different aspects of psychology and nutritional deficiency, as well as have a strategy to replace what you’ve been addicted to with something else that gives you a similar mouth feel or satisfaction, but does not contain harmful ingredients. So that’s my tip for the day.