Are Meat Replacement Products Really Better for Your Health and for the Planet? 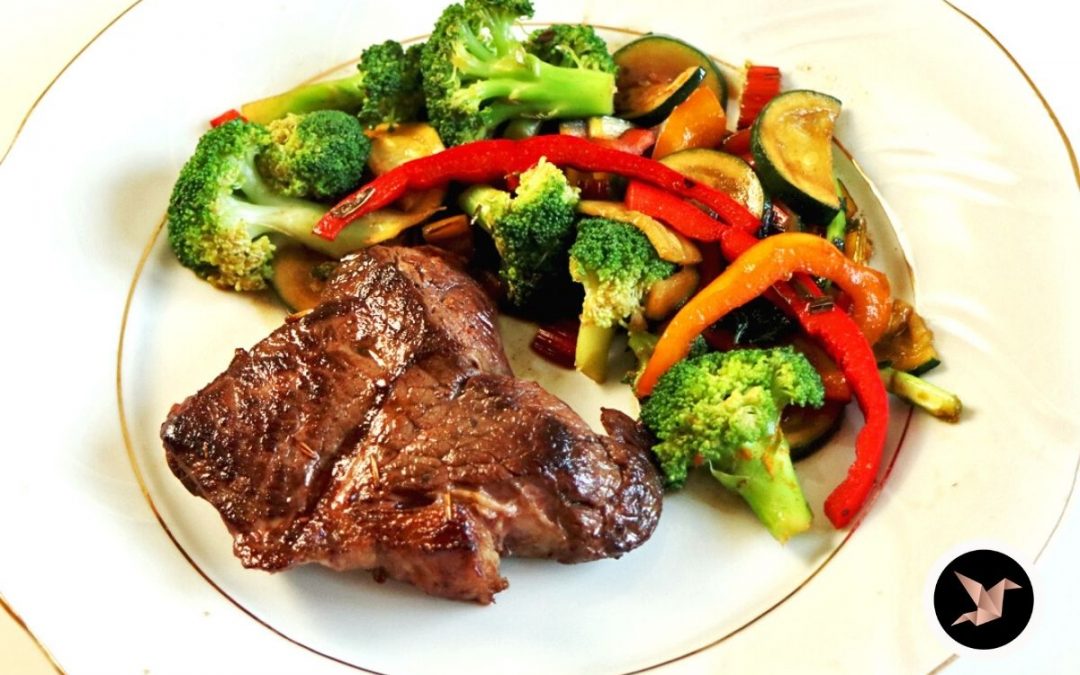 Recently, when working at my local food coop, I was assigned the task of stocking food in the freezer section. I found a type of sausage called “Beyond Sausage,” a type of plant-based faux sausage made by the company Beyond Meat. It claims to be the first-ever plant-based sausage in the world. By the look of it, it really resembles a real sausage. I was surprised at the number of boxes that I had to stock — usually I would find one or two boxes of the same product for stocking each time, but for this item, I found five boxes sitting on the U-boat, ready to go into the freezer — and ready to be snapped up by my fellow coop shopping members. Next to the faux sausages lied the faux burgers, “Beyond Burgers,” which were almost as popular.

To be honest, I was a little late in becoming aware of these popular meat replacements — simply because I don’t eat them. I eat real meat instead. But apparently, these items have taken the vegetarian and vegan community by storm, and are equally embraced by consumers who have decided that eating a plant-based diet or “mostly plants” to be highly beneficial to both their health and to the planet’s health.

The trend has become so popular that even mainstream burger joint Burger King has included one such fake burger — the Impossible  Burger — as its regular menu item and in so doing, turning plant-based fake-meat fast food into a norm.

The increasing popularity of plant-based faux meat products has led to a great deal of controversy in terms of their nutritional values, health impact and environmental footprint.

In terms of the health aspect, let’s look at the ingredients of these faux sausages and burgers.

The Impossible Burger contains a mix of wheat (a very problematic ingredient for most people — a subject to be dealt with in a future post), coconut oil, potatoes and “heme.” The “heme” used in this burger is not real “heme,” which is what gives meat its look, taste and texture, plus readily absorbable iron. The “heme” is a heme-like protein released by the primary ingredient — soy leghemoglobin created by genetically engineered yeast.

All of these are red flags when it comes to the safety and nutritional values of the Impossible Burger.

[Updated on 9/27/2019: The Impossible Burger has just been tested positive for glyphosate by the Health Research Institute Laboratories. Glyphosate is known to the State of California to cause cancer and the World Health Organization says it is “probably carcinogenic to humans.”]

While the Beyond Sausage and Burger do not contain GMO ingredients, their ingredients are equally questionable in terms of their nutritional “benefits.”

Beyond Sausage and Beyond Burger contain close to 20 ingredients each, including refined coconut oil, pea protein isolate and “natural flavor,” which is anything but natural (oftentimes they are artificial flavors derived from corn, such as MSG).

The main ingredient, pea protein isolate, comes from the yellow variety of the common pea (“neutral” for all blood types). Pea protein isolate contains anywhere between 75%-90% protein, with most of the starch and fiber removed. However, any time you see a wholefood turned into an isolate, the food itself is altered and less wholesome.

Is Eating Less Meat Really Better for the Planet?

Many people who turn to plant-based meat products don’t just do it for the sake of their health. They also are conscientious folks who are concerned about the health of our planet. However, will switching to faux meat really solve the problem and heal our sick planet? Many scientists and practitioners of regenerative agriculture have voiced their concern about the misguided view that eating less or no meat will automatically reduce greenhouse gas emissions and solve the complicated web of problems leading to climate change.

Below, I’ll share with you some articles that deal with this important subject:

Is grass-fed beef really better for the planet? Here is the science

Excerpt: “Returning cattle and other ruminants to the land for their entire lives can result in multiple benefits, according to organizations like the Savory Institute, including restoring soil microbial diversity, and making the land more resilient to flooding and drought. It can boost the nutrient content and flavor of livestock and plants. And because grasses trap atmospheric carbon dioxide, the grass-fed system can also help fight climate change. But it does require more land to produce the same amount of meat.”

Is the “Eat Less Meat” Based on Sound Science?

This is one of the best articles I’ve come across that addresses the issue of eating meat and climate change. The message: Don’t blame the cow (or animals), but the way in which they’re raised. A plant-based diet based on products from Big Ag could be worse for health and the environment.

Excerpt: “There are many, many ways to raise meat, and dismissing all meat as being destructive is asinine because it ignores the significant variation in production methods and ecosystems in which meat can be produced,” says Ariel Greenwood, who is co-owner of Grass Nomads LLC, a company that helps clients sustainably manage their grasslands.

“…the reality is, eating meat is really not the problem and giving it up could cause more harm than good,” says Nicolette Hahn Niman, the well-known vegetarian rancher from BN Ranch.

This article published by the Organic Consumers Association points out that fake meat is not the solution to the climate crisis. The widespread system of factory farms (Concentrated Animal Feeding Operations) and GMO corn and soy farm operations are the true culprits of environmental pollution in the United States.

[An update to this post on November 10, 2021] While the 26th UN Climate Change Conference of the Parties (COP26) was taking place in Scotland, this article in The Spectator rightly pointed out that “not all plant food is equally beneficial and not all meat, fish and dairy is equally problematic. In fact, locally produced meat from animals grazed on grass or salt marshes, kept in low densities on impoverished hillsides, is not just unproblematic; they’re part of the solution to a regenerative agricultural system that can increase the diversity of our plant, animal and insect life. By contrast, eating soya based proteins from crops produced on the other side of the world is actively damaging to the environment. Ditto much of the fashionable components of a vegan diet imported from far flung countries.”

These points should be obvious by now, but the truth often gets blindsided or lost among the noises made by militant vegans, who are attempting to convince the whole world to shun meat consumption.

Why Is Ditching Real Meat for Fake Meat a Bad Idea?

From the nutritional point of view, meat, especially grass-fed red meat, is essential for people of Type O blood to thrive in every aspect of their physical and even mental health. Grass-fed red meat not only provides the basic building blocks for Type O people’s muscles, but it also is a significant source of calcium, believe or not (Type O’s high stomach acid level breaks the meat down and extracts calcium from it). The high proportion of CLA (conjugated linoleic acid) in grass-fed meat also contributes to weight loss thanks to its ability to burn fat.

Type O folks make up roughly 40% of the U.S. population, and much more in certain parts of the world (e.g. the majority of the population in South America), and their diet need to consist of at least 40% animal protein. A plant-based diet — especially one based on cheap protein made with GMO agricultural products such as soy and corn, as well as wheat desiccated with glyphosate — will cause tremendous harm to the majority of the population, particularly Type O. Type Os who go on a vegan diet full out, as I once did, would risk wrecking their health in the long run.

Type B folks also benefit from a balanced diet, with at least one-third of their protein derived from animals. The other blood types, A and AB, need much less meat in their diet to sustain good health. However, Type AB does need about 20% animal protein, whereas Type A would have better health with a small amount of animal protein — preferably fatty fish.

There is a better way, but it calls for the overhaul of the agricultural industry and replacing it with sustainable, regenerative, small-scale farming practices, as well as other corresponding, profound changes in how we organize our economic structure and our communities. It is a conversation that I hope will be taken up by every community, big or small, as it concerns our future food security and our long-term health.

How and Where to Choose Grass-fed Beef

Having seen how eating meat, especially grass-fed meat, is not really a bad thing for the climate, but quite the contrary, this may help those whose health actually benefit greatly from it (particularly Type O folks) diffuse any guilt that they might have felt about eating meat. For a more anthropological and philosophical approach that would help those who have deep-rooted ethical conflicts about eating meat, check out Charles Einseinstein’s book “The Yoga of Eating.”

If you are Type O and rely on beef for your good health,  how do you ensure it is from a healthy source, and on top of that, how do you make the choice so that you won’t be contributing to worsening environments?

Here are two articles that I recommend:

A Livestock Farmer’s Response to the Amazon Fires

As mentioned in the above article: “…not all grass-finished or “grass-fed” beef is created equal: It may come from my friends down the road who rotationally graze their cattle on mixed grass and legume pasture, or from a faraway rainforest ecosystem utterly vital for planetary stability. One 2017 report from Stone Barns Center found that 75 to 80 percent of grass-fed beef sold in the U.S. is imported.”

Do you know where your meat comes from?

The article states that at least 75 percent of the grass-fed beef consumed in America comes from Australia, New Zealand or Uruguay. It quotes Carrie Balkcom, executive director of the American Grassfed Association: “Consumers want to know when they go to the market that the grass-fed meats they are buying are from these farms and farmers. Farmers that are restoring and regenerating their farms. Farmers and farms that are preserving and restoring their rural economies.”

So, choosing farms that practice regenerative agriculture — and better so, farms that are near you — not only helps the planet as a whole but also helps support the local and domestic economy.

Lastly, it would be useful to know how to read meat labels. Check out this article by Consumer Report.

After synthesizing all the information above, I would recommend buying beef that is labeled 100% grass-fed and grass-finished, or organic. Preferably it should come from small-scale family farms that practice sustainable, regenerative agriculture.

If you do not have access to local farms or butcheries that sell 100% grass-fed beef, there are online shops that can deliver this type of quality beef to your doorstep.