Shall I Go Gluten-Free? 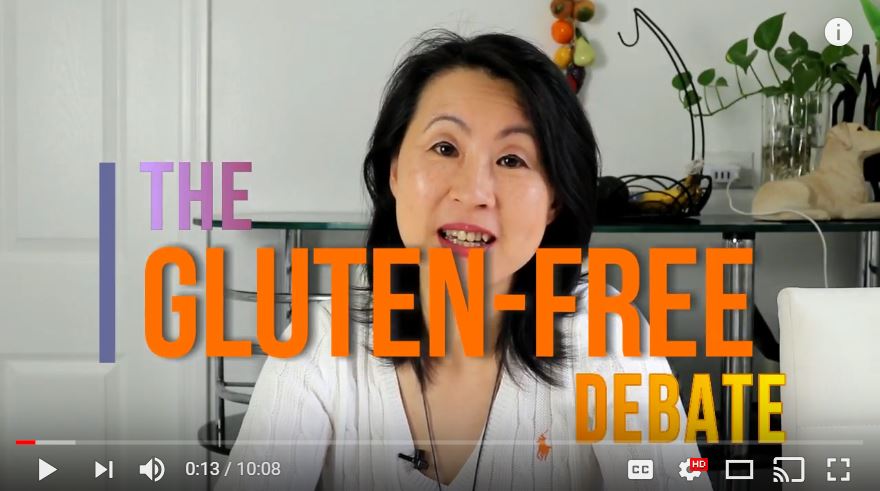 While Gluten-Free, Grain-free, Paleo and Low-Carb diets are all the rage, they may work for some and not others. These diets emphasize cutting out grains and starch from your diet. Unless you are diagnosed to have Celiac Disease, you don’t necessarily have to cut out all gluten from your diet. And not all grains or carbs are bad for you. Some people do well on grains while others don’t. Some can tolerate more carbs while others can’t metabolize them efficiently. It all depends on your bio-individuality.

Click here to watch my video on the Blood Type Diet’s Perspective on the Gluten-Free Diet.

It is very important to know what works for you, and therefore I suggest you to study which grains are right for you by looking at the food lists in the “Eat Right 4 Your Type” book or the online Food Value database.

In general, Type A individuals, followed by Type AB, can digest grains and carbs better than Type B and Type O, with Type O on the lowest scale of the tolerance spectrum.

When it comes to individual grains, there are some that are OK for all blood types: amaranth, quinoa, brown rice, oat and spelt. If you are Type O Non-secretors, which make up about 20% of Type O, however, you should avoid oat and spelt.

By contrast, there are grains that contain a high level of gluten, such as wheat, and are not easily digested and assimilated by most people. The issue is further complicated by lectins, which could clump up our blood and cause problems. The problematic lectin in wheat is known as “wheat germ agglutinin,” or WGA, which tends to cause a lot of problems for people.

There are also issues with the use of glyphosate in the wheat crop that could cause health problems in any blood type. So, I generally advise people–especially if you are living in the United States–to avoid wheat totally. People in Europe don’t seem to report the same issues though. Some claim that it is due to the lack of hybridization. Others believe that’s due to more stringent regulation of glyphosate. In 2015, the World Health Organisation’s cancer agency, the IARC, declared glyphosate “probably carcinogenic to humans.” Unfortunately, the EU passed a five-year lease for glyphosate late last year, and the future of how wheat production will be affected is uncertain.

Unless you are Type A and AB Secretors, for whom whole wheat is neutral, all other blood types should avoid it. And in my opinion, everyone should just avoid white flour (processed and refined from wheat) due to the lack of nutrients and the abundance of all the above-mentioned problematic components. In different blood types, wheat may exacerbate different ailments that each type is prone to. Take a look at my video that talks about how each blood type is affected by wheat.

In any case, if you are going to eat wheat, there are two great options you can choose: go for sprouted wheat, as the lectins are broken down so they won’t affect your digestion; or go for spelt, an ancient form of wheat that is much easier to digest.

If you are new to the Blood Type Diet and want to learn how it can help you get healthier, please subscribe to my newsletter by filling in the form below: