How I Turned My Premature Midlife Health Crisis Around 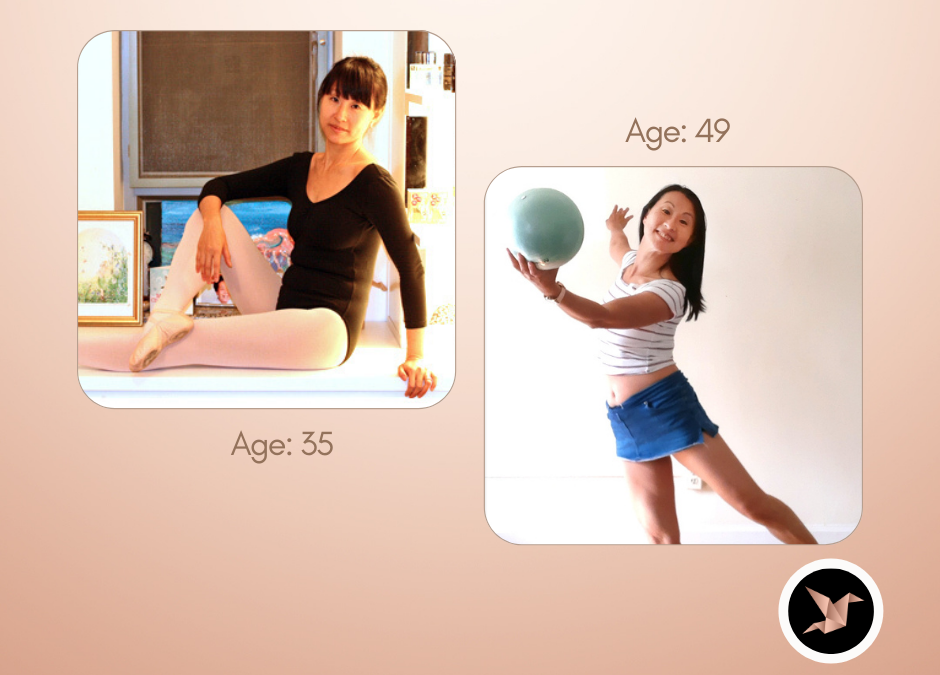 When I was 37, a health crisis hit me like a lightning bolt. I remember sitting in the gynecologist’s office. The look of concern on the doctor’s face unnerved me. She was going on and on about a gigantic fibroid sitting in my uterus. My mind drew a blank.

“What?” I thought. “How could that be? I had an annual check-up just a year ago and received a clean bill. What has happened to my body?”

I was in shock. My head dropped and I covered my face with my sweaty palms. Tears started dropping and I could not believe what I just heard. I said to myself: “I don’t need another bad news in my life right now!”

My father was dying from cancer on the other side of the world. I was devastated when this bad news dropped.

“Oh no! I don’t want to go to the hospital!” I was scared. I witnessed how my father was butchered in the hospital during his long treatment period. I never imagined that I might end up with the same fate.

So I started reading books upon books on how to heal our body with natural methods. With each book that I read, I tried out the suggestions. Juicing, fasting, detoxing, and eventually, I went all out with a raw vegan diet.

After being on this diet for over half a year, I hit a brick! I woke up feeling like the sky was spinning and my world was literally upside down. “Isn’t this diet supposed to make me feel great?” The dizziness didn’t go away until two full hours later.

At that point, I knew in my gut that something was very wrong with my body. I mean, how come it felt like climbing a mountain when I was walking up a flight of stairs? How come my hair was falling out en masse and my skin was dry like a desert? And worst of all, I developed the worst acid reflux I had ever had, so much so that eating and sleeping became a problem. “No way,” I told myself. “Time to call it quits!”

One day, when reading a book about 100 superfoods for longevity, I came upon the concept of eating according to your blood type. I became intrigued. At the same time, I was tired of trying 100 different types of foods to make myself feel better. I mean, come on! How on earth can you manage to stuff down so many foods, each claimed to be a superfood? This was too overwhelming and confusing.

So, I picked up the recommended book that talked about how to eat right for your blood type, “Eat Right 4 Your Type” by Dr. Peter D’Adamo. Then, everything just started to make sense!

Once I learned how to eat the right foods for my unique body type, and avoided those foods that made me sick, my health turned around 180 degrees. Since then, for over 10 years, I have kept myself in good shape. I gained so much energy and felt better than ever.

Surprisingly, my painful menstrual cramps, along with all those PMS symptoms like headaches, acne, swollen and painful breasts all went away silently. In fact, all the cysts in my breasts that I had since my puberty also disappeared. I was shocked. For the first time in my life, I didn’t dread being a woman with all those irritating and sometimes miserable monthly inconveniences. I was able to go to dance classes without any issues.

Fast forward 12 years, I am in menopause, but I hardly have any symptoms and complaints like hot flashes, night sweats or mood swings. This is thanks to radical diet and lifestyle changes I made a decade ago. And the bonus of that is, I have been able to maintain a healthy weight and shape without depriving myself of delicious food.

Because of how amazing I feel, I decided to share what I learned with women who are going through perimenopause. I hope that these women can feel great once again like I do, and look forward to sailing through their menopause and enjoying the second half of their precious lives. This is why I’m doing what I’m doing, and I love every minute of it.

What about those fibroids? Well, it’s a long story. But the gist of it is, they had already grown too big before I started to turn my health around using natural ways. So eventually I had them removed surgically. But luckily I did not let fear overcome me and rushed into the operating room for a hysterectomy, which 9 out of the 10 doctors I saw suggested. I waited five years until I found a surgeon who was willing to preserve my uterus, and the operation was a success. The strange thing was, during those five years, my fibroids didn’t grow at the rate the doctors had expected, and I had absolutely no excess bleeding issues or pain. After the surgery, my recovery was phenomenal thanks to years of eating anti-inflammatory and healing foods. Since then, I have shifted my focus from managing disease to maintaining health. It has been an awesome journey!